Sometimes the love our heart needs to heal can be found in the familiar eyes of a childhood friend...
Julie Porter learned the hard way that trust is something which must be earned and not something to be given out lightly, those who say they love you are those who hold the power to hurt you most, and best friends can help you survive anything—until they move away.
Nick Owen knows a thing or two about a hard life. At a young age Nick learned how to take a hit and to make lemonade out of the lemons life tossed his way. Returning home after nearly two years of being away, all Nick cares about now is protecting his mom from the abusive hands of his father and catching up with his best friend—the girl who lived across the street, the girl he can’t seem to stop thinking about.
Finally reunited after two years apart, Nick and Julie are about to learn that age does nothing to protect you from life’s trials and tribulations, heartache and loss, but maybe together they’ll find a way to survive. 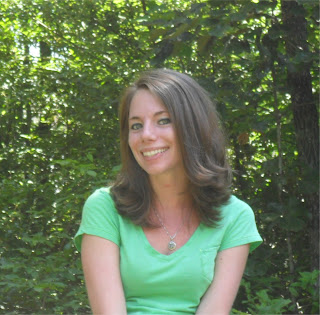 Jennifer Snyder lives in North Carolina where she spends most of her time writing young adult fiction, reading, and struggling to stay on top of housework. She is an instant coffee lover with an obsession for spiral bound notebooks and smooth writing pens. Jennifer lives with her husband and two children, who endure listening to songs that spur inspiration on repeat and tolerate her love for all paranormal, teenage-targeted TV shows.

First of all a sneak peek into the book.Look below for not one,but THREE excerpts from the book!Enjoy! :)

Excerpt # 1:
From Nick's POV
High school and jail, the two seemed eerily similar to me right about now. In both places you followed the rules, did your time, and then you got out. This was the thought that swept through my mind during the first few minutes of my day. I couldn’t see this place getting any better any time soon. There was one good thing though; no one seemed to remember me yet.
This was fine by me. In fact, it was downright comical.
Maybe it should have bothered me, the way no one seemed to remember little Nick Owen from Hilton Street, but it didn’t. Because I wasn’t that frightened, wimpy little boy anymore who came to school with bruises on his face and busted lips. I’d managed to bulk up while I was away for when mom finally decided to let me come home, that way I could protect her, because I knew there was no way my piece-of-shit father would stay gone forever. And when he decided to come back, I would be ready.
I walked through the hallways with a permanent scowl on my face. I hated being here. No, that wasn’t it, not if I was being honest with myself. The reason for the scowl was that I hadn’t seen Jules yet. That girl had never left my mind while I was away. I’d worried about her every single day. I wondered what she looked like now, after two years had passed. Would she have changed at all? Would I even recognize her? Shit, who was I kidding? I’d know those big green eyes anywhere.

Excerpt # 2:
From Julie's POV
“Jules!” an unfamiliar voice called from behind me. My stomach knotted and my heart began to beat wildly in my chest as I readied myself for some stupid jerk to make another since-your-mom-is-a-stripper-you-must-know-how-to-work-a-guy’s-family-jewels-just-right crack at me.I kept walking, feeling my insides tremble. I so did not want to deal with this crap again this year. When would the guys my age freaking grow up? When would they realize they weren’t funny?“Jules, wait!” he called again, whoever he was.I stopped and spun around, ready to face this jerk who was obviously not going to let his sick little bit of amusement for the afternoon walk away so easily.“What? What type of lame joke are you going to make about me and my name, or better yet about my mother and her occupation, because I can guarantee you that whatever it is you’re about to say I’ve heard it before. God, when are you losers ever going to grow the hell up?” I snapped, unable to stop myself, even when I realized who it was that had been pursuing me—muscle guy from the hallway this morning, the one with the hazel eyes I’d known from someplace but couldn’t remember where.“Whoa,” he said, throwing his hands up in surrender. “Take it easy, I’m not going to say anything about your mom or your name—it’s me, Jules. Nick.”
Excerpt #3
From Nick's POV “Better hurry up and bring that box in here before it starts raining!” mom shouted from the front door, snapping me from my thoughts. I shifted the box I’d been holding around in my arms and started up the three concrete steps at our front door. “That girl still lives there, you know? The one you used to play with when you were little.”“I wouldn’t call it playing, Mom.” I scoffed as I squeezed past her through the door and back toward my room down the hall.“Well then, what would you call it?” she asked, following me.I sat the box down on my rickety twin bed and turned to face her. The bruises my dad had left in his wake had begun to fade from her face, but the sight of them—past and present, hers and my own—would forever be scars on my soul.Jules and I had never played together. No. We’d hidden together from the monsters in our lives and prayed they wouldn’t find us. Even as little kids we’d known how cruel the world could be. How hateful some grown-ups were. How sick and perverse.“Surviving,” I said and turned to unpack my things.

Now second,my own review of the book.

The Unloved is an unexpectedly cute story with a beautiful ending.In this stand-alone contemporary romance novel, the author shows that there can be happy endings in real life as well,even when it seems that the world around you is falling apart.Jennifer Snyder makes this very convincing by the way she portrays her characters;Jules a stripper's daughter and Nick who,along with his mother are the victims of his abusive father's rage.But even through all these hardships the fact that they find a happy ending is quite astonishing.The plot of the story itself is not as complex as it might sound.In fact,as you go through the story,you'll find it quite simple.But it's the author's writing style that makes the story really easy to get into.Even those who do not read contemporary romances much will find themselves being easily drawn into the characters' world.Definitely worth reading,though I'd recommend it to readers aged fourteen and above as the book contains violence,a bit of strong language and other content which may not be suitable for younger readers.

Like what you've read about the book so far?Then try out your luck to win an e copy of the book below.

Rules:
-Is International
-Ends on the 21st of September.
-Winner will be notified via email.
-Fake entries will be cancelled immediately and yes,I will check.
-To enter,use the rafflecopter widget below.


a Rafflecopter giveaway
Posted by Unknown at 10:19 AM